Jon Lord will release his next album, To Notice Such Things, on March 29, 2010 through Avie Records.

Titled after the main work – a six movement suite for solo flute, piano and string orchestra – the album was inspired by, and is dedicated to the memory of Jon’s dear friend Sir John Mortimer, the English barrister, dramatist, screenwriter, author and creator of Rumpole of The Bailey, who died in January of 2009.

– He was a great friend and a great inspiration to me and I hope my love and respect for him comes out in the music, says Jon.

– A few weeks after he passed away, I was offered a commission to write a piece for solo flute and strings – a flute concerto in essence. At first I turned it down because I thought there wasn’t enough time, but after a couple of days of thought, I realized that I had these three little pieces for flute and piano that I had written for the theater shows that I used to do with Sir John, and I thought that they might provide the basis for this ‘flute concerto’ and that I could write in his memory.

– John and I became friends about 12 years ago. A couple of years later he asked if I would be interested in playing the piano and writing a bit of music for him, for his theater shows – Mortimer’s Miscellany – during which he sat on the stage and, accompanied by two actresses, a pianist and a flute player, he read poetry and prose, told stories and jokes and related hilarious legal anecdotes, giving his wonderfully wise and witty take on life, love and the law. 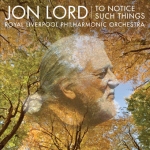 The music written for those shows has now evolved into Jon’s new album, To Notice Such Things.

– There was a total of about six minutes of music which has now grown into a 27 minute suite for solo flute, piano and string orchestra. I wrote it during March, April and May, and it was an emotional yet fascinating experience to work on it when John’s presence was still so very strong. In fact it still is, but back then he had only just passed away.

– I think he’s pretty much in every note of the piece and I’m really pleased with it, because I think he would be happy with what my thoughts about him are.

The suite ends with a movement called Afterwards, named after the Thomas Hardy poem that John Mortimer used to read at the end of his show.

Both the Suite itself and the album are called To Notice Such Things because the last line of the Hardy poem is ‘He was a man who used to notice such things’.

The all-instrumental album was recorded at the end of last September with the Royal Liverpool Philharmonic Orchestra conducted by Clark Rundell with Cormac Henry on flute, and also features three additional pieces. 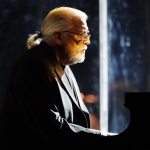 1. To Notice Such Things

a. As I Walked Out One Evening
b. At Court
c. Turville Heath
d. The Stick Dance
e. The Winter of a Doormouse
f. Afterwards

Come back to JonLord.org to listen to samples from To Notice Such Things.

Soon you can also read our new year’s interview with Jon Lord in which he looks back on a busy 2009, discusses the new album and his future plans in general.

Don’t miss out
Get first notice of the interview: Sign up for the JonLord.org Newsletter – and hook up via Facebook and Twitter to make sure you never miss news from JonLord.org.