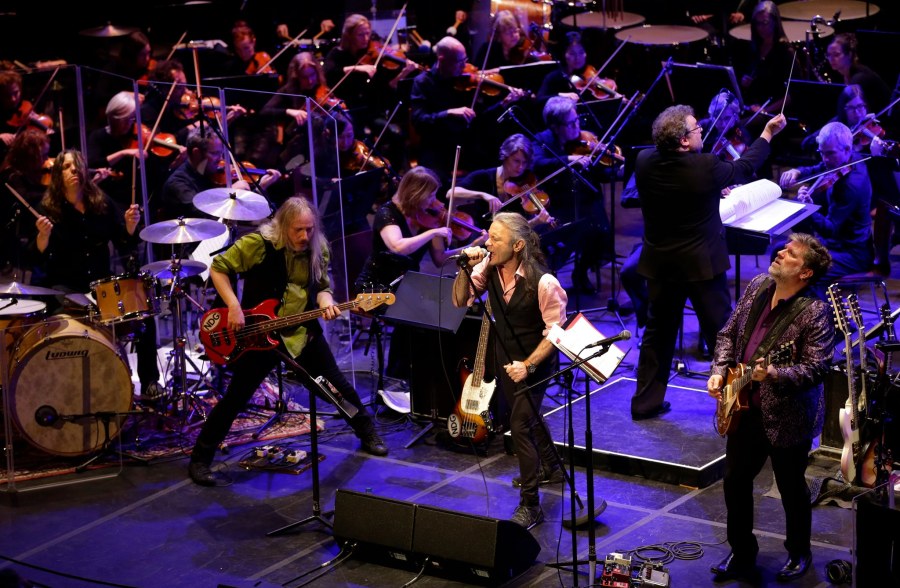 Last night saw the premiere of the 50th anniversary performances of Concerto for Group and Orchestra in Quebec, Canada.

Newspaper reviews indicate emotions running high, a mass of musical mastery and a splendid evening had by all. See link to reviews below. 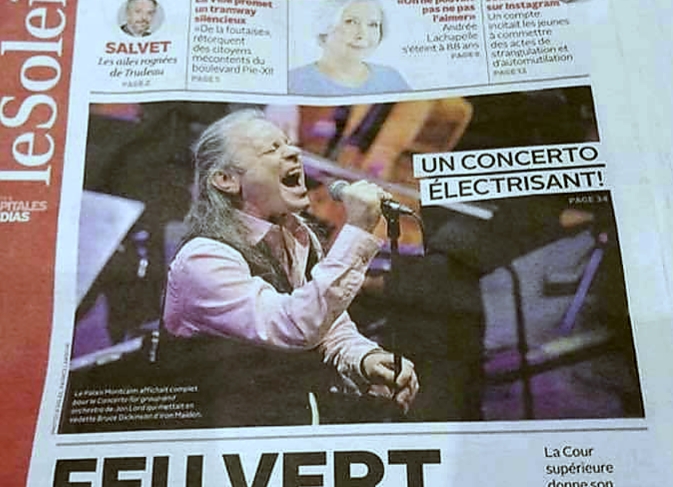 – I have to say it was a really special evening. The audience was fantastic. They displayed everything from total concentrated silence to ear-splitting demonstrative enthusiasm.

– The Orchester symphonique de Québec, it’s fair to say, played out of their skins – with total commitment and energy – and they obviously love the Concerto. Also, the Paul DesLauriers Band is perfect for this. They belong to the same blues-rock traditions that Purple do, and they managed to play the Purple songs and the Concerto with total authenticity and respect for the originals, but with their own distinctive personality intact. As if to prove the point, they played two of their own songs as well.

Bruce Dickinson was the sole vocalist of the evening, tackling both the Concerto and a set of Lord and Deep Purple classics including When A Blind Man Cries.

– Bruce is always a force of nature. He’s just a fantastic person to be around and it’s a privilege to share a stage with him, says Paul Mann.

Jon Lord was there
– Jon would have loved it all. And I have to say, at the end of the second movement, I held the silence quite a bit longer than usual, and I could have sworn, just at that moment, that he was there.

Tonight, the concert is repeated at Quebec’s Palais Montcalm.