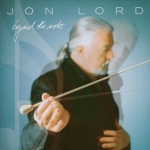 Jon Lord’s note:
Tony Ashton was a pianist, organist, artist, writer, raconteur, bar-room sage, occasionally exasperating mirror-image renaissance-man, sartorially quirky and a holder of the secret of merriment as well as a man of sometime sorrow, but one who left the world a much less colourful place when he moved upwards in 2001, and one of my oldest and dearest friends.

For some reason which has got lost in transit, he called me Jed and I called him Ted. When he was getting ready to leave us, I had to go on a more earthly journey – an American tour with Deep Purple – and I came to say au revoir and adieu. Odd that: Tony didn’t speak French. However, we sat and talked and laughed a lot, and he was wise and kind, funny and gentle and quite fearless. As I reluctantly turned to leave he said: “See you Jed. I’ll send you a postcard.” Well I know I will and I swear he has. This is for him, and for Sandra and Indira. And Quinn too.

Paul Mann’s note:
Tony Ashton and Jean Sibelius are not two names one would automatically use in the same sentence. Or even remotely in the same vicinity. (Although come to think of it, they both liked a drink.) But nonetheless, the ghost of Sibelius, in particular the middle movement of his Fifth Symphony, one of Jon’s favourite works, hovers gently over this ethereal short piece.

I first met Tony Ashton backstage at one of the Concerto tour concerts, which took place in an aircraft hangar at the delightfully named town of Hell, near Trondheim in Norway. When Jon introduced us, I told him how wonderful it was to meet him and he said “but you don’t know who I am.” I shall never forget the delighted look of genuine surprise in his eyes when I reassured him that I most certainly did.

This score is typical of Jon’s studio material in that it was left incomplete. In particular, the piano solo between bars 68 and 80 was not written out, and I have transcribed Jon’s performance as heard on Beyond The Notes.