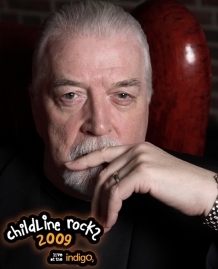 Other confirmed artists include Steve Balsamo – who currently tours with Jon Lord – plus Uriah Heep, Glenn Hughes, Hot Leg, The Pretty Things, Sons Of Albion, Andy Newmark and Mollie Mariott. The evening will be compeered by DJ Bob Harris.

ChildLine Rocks is an annual charity rock concert organised under the auspices of ChildLine 20, an independent committee set up to raise £2,000,000 for ChildLine to celebrate 20 years of ChildLine’s existence.

Tickets for ChildLine Rocks are available at WeGotTickets and TicketMaster.

Jon Lord will soon off for South Korea, where he will perform in Seoul on April 11. He has also announced a new show in São Paulo, Brazil on May 2 along with a couple of summer appearances in England and autumn dates in Scotland and Germany.