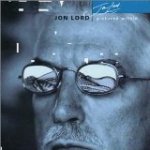 A note by Paul Mann:
Edward Elgar dedicated his Enigma Variations, a series of musical character sketches, ‘to my friends pictured within’, and it is from this that Jon took the title of his 1997 album.

The intensely elegiac nature of the album as a whole taps into that same peculiarly English vein of melancholy which Jon so loved about his great musical ancestor. As with its companion, Evening Song, Pictured Within contains clear references to Enigma’s most celebrated movement, Nimrod, and while the motivic resemblances may be subconscious, it is certainly no coincidence that Jon chose to reflect Elgar’s paean to the love of friends and family in his own very personal music.

It may seem extraordinary that until now there has been no proper score of this seminal song. The full score I used for the Royal Albert Hall concerts in 1999 was cobbled together

very quickly, some of it written out by Jon, the rest by me, and dispatched to a copyist at the last possible moment. I subsequently conducted the entire tour from this hastily scribbled manuscript, which is still in my possession, although now looking rather dog-eared. The piano part was never written out in full and has until now existed only in Jon’s computer shorthand, as can be seen from the fragment reproduced here. I have therefore made a transcription based on the live recording, and this forms the text both of the new full score, and its corresponding piano-vocal reduction.

This song was among the music heard at Jon’s funeral, played by myself and sung by the incomparable Miller Anderson for whom it was originally written.

One thought on “Pictured Within”