Singer Doogie White is confirmed for Jon Lord’s concert at the antique Roman theatre, in Plovdiv, Bulgaria on September 1.

At short notice, Doogie White is taking over the male vocalist spot for Steve Balsamo who is unavailable for this concert.

– I have been asked to sing with Jon Lord in Plovdiv, Bulgaria on September 1. I will be

standing in for the very splendid Steve Balsamo.

After Bulgaria, Doogie White will travel to Turin, Italy to rehearse for a show with Ian Paice, Neil Murray, Phil Hilborne and Neil Otupacca. The ex-Rainbow singer is also working on a solo album.

Buy tickets for the concert.

Plovdiv is in central Bulgaria – marked below by the letter A. 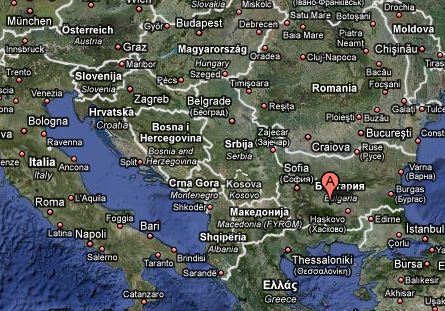