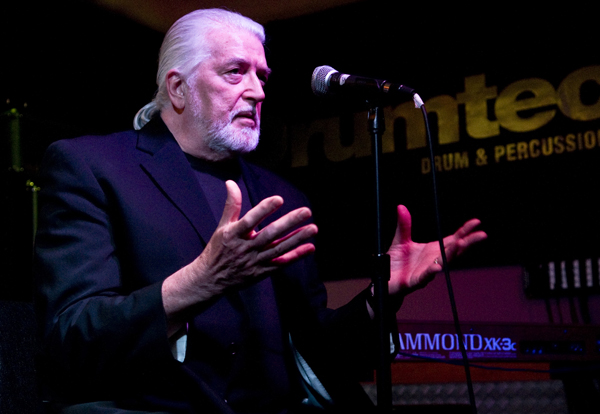 At first, Jon Lord opened the school’s Hammond Lab and took in the all new setup of digital Hammond organs. 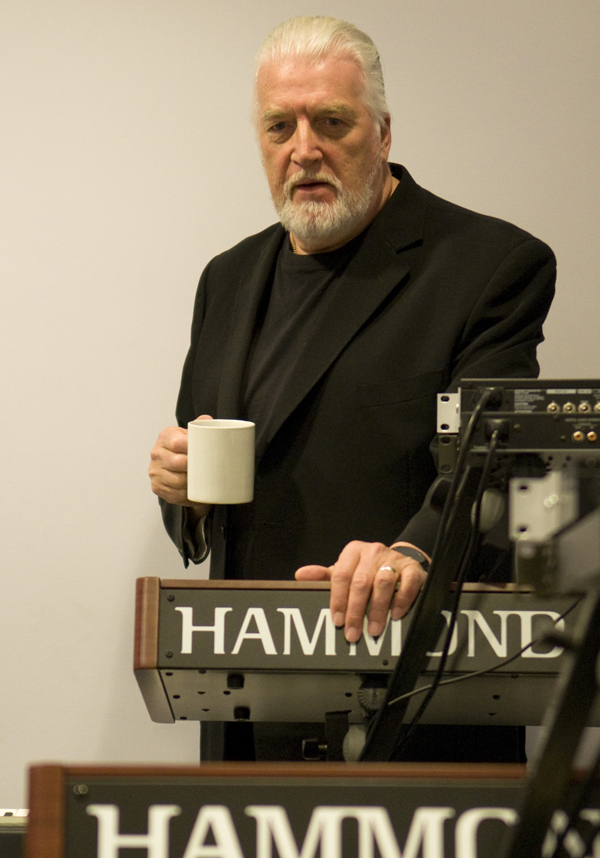 Later, Jon was joined by Rick Wakeman for a Q&A session. 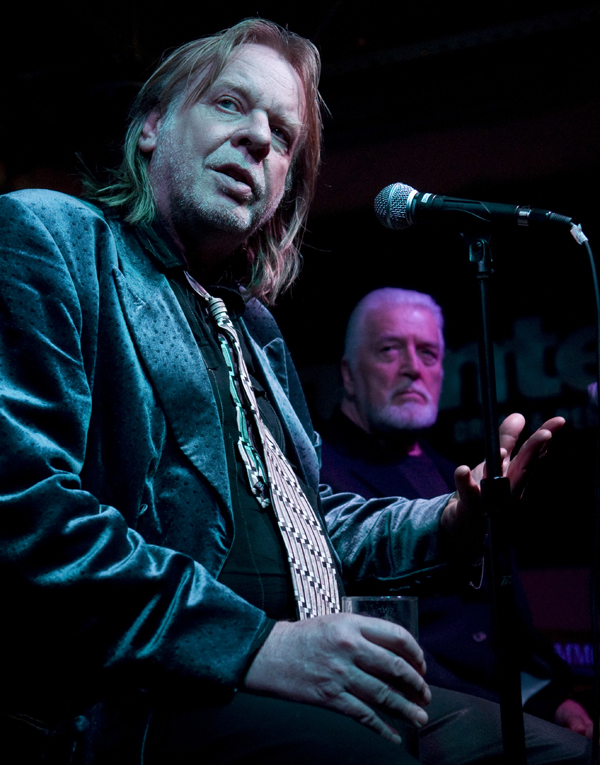 ‘One of the most enjoyable evenings was spent at the Keyboard Tech department of Thames Valley University where Jon Lord and I did a Q&A with some of the students.

The hour and a half seem to race by and both Jon and I enjoyed ourselves immensely and it was great to be amongst musicians who are genuinely keen on honing their skills and learning about their art.

Jon and I also talked about some future joint concerts together which hopefully will happen next year. We both love the use of orchestras and it seems a very natural progression.’

6 thoughts on “The Maestro meets The Wizard”