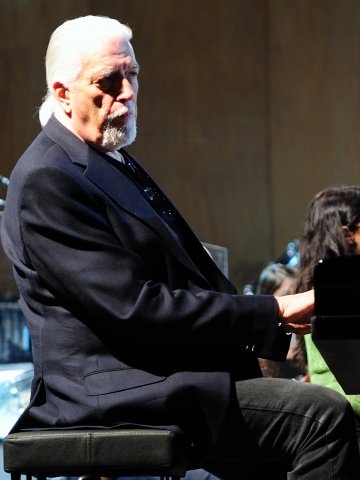 ‘I don’t know of any other rock musicians of Jon’s stature who would be equally at home in handling musicians from leading symphony orchestras [than Jon].’

This is conductor Paul Mann interviewed by DPRP.net (Dutch Progressive Rock Page) about the new recording of Concerto for Group and Orchestra:

‘He vindicated that little vision that he had back in 69 in writing this piece some 43 years later because he just continued living it, he believed in it against a lot of odds and against a lot of people’s preconceptions he made it work This recording is our proof of that, it’s really the final vindication of that vision.’

‘Jon took a very positive attitude to life, it was one of his great qualities and when he got sick once he’d dealt with the shock and the trauma of the treatment, he kept writing and certainly we’ve not heard the last of him,’ says Paul Mann of the possibility that Jon might have left some musical pieces behind that can be brought to life after his passing.