In Quebec Canada, preparations for two sold out performances of Jon Lord’s Concerto for Group and Orchestra this week are coming to an end.

Featuring the Orchester Symphonique de Québec conducted by Paul Mann, the vocal parts will be sung by Iron Maiden’s Bruce Dickinson with the Paul DesLauriers Band taking on the original group responsibilities – and completing their soundcheck in the photo below.

The two concerts on Thursday and Friday will be the first time Paul Mann has conducted the work from the published score. Jon Lord was known for repeatedly revising and improving his works, but the Concerto finally found true completition for its studio recording in 2011. This is the arrangement that will be performed in Quebec.

Speaking between rehearsals, Paul Mann remarks on the quality of the musicianship at the shows.

– The Paul DesLauriers Band are a good old-fashioned blues band, bringing their own take to the piece, but firmly rooted in the same traditions that informed Purple, says Paul Mann.

– They’re real virtuosi and approaching this with total involvement and commitment. I was amazed and delighted with how well prepared they are for this, and I’m enjoying going back to the piece which I haven’t done since we made the Liverpool recording.

– The orchestra is doing a world class job too – as with every other orchestra that’s ever played this piece, relishing the challenge and immediately recognising the value of the music. 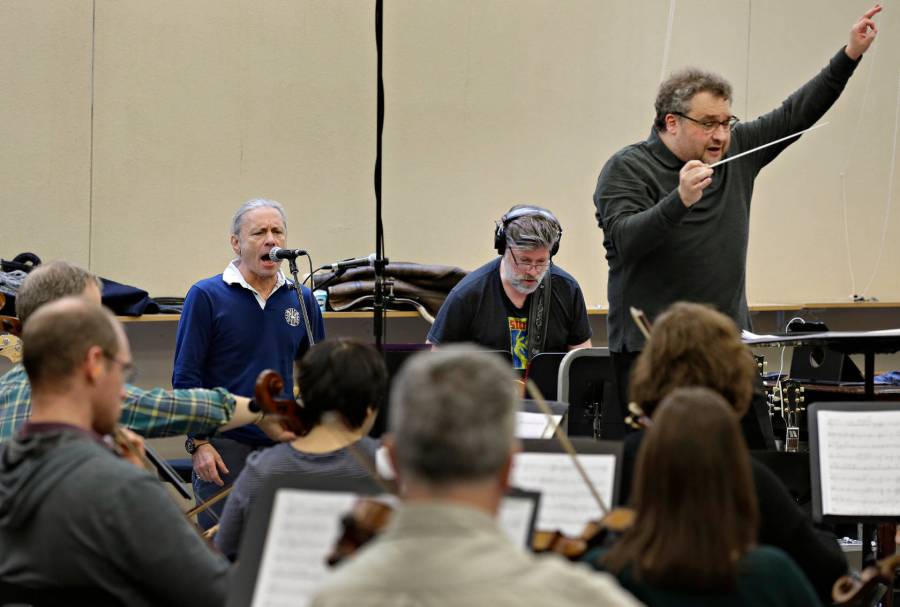 The concerts will feature Concerto for Group and Orchestra in the first half, with the second half comprising a set from the band as well as a string of gold nuggets from Jon’s career – including Sarabande and Bourree and a Deep Purple set with new orchestral arrangements by Richard Whilds who also arranged Burn and a few other numbers performed at Celebrating Jon Lord at the Royal Albert Hall in 2014.

As always, if you attend these concerts, feel free to share your thoughts in the comments.