Exclusively for JonLord.org, the previously unreleased track As Tears Go Passing By by Jon Lord Blues Project is revealed here for the first time.

Jon Lord Blues Project fullfilled Jon’s desire to branch out from his orchestral world and focus on the Hammond organ through a series of club gigs across Central Europe. This video portrays the band live onstage through images captured in concert and rehearsal.

As Tears Go Passing By was recorded live in Lahnstein, Germany on September 25, 2010. The song was not included on the Jon Lord Blues Project live album. 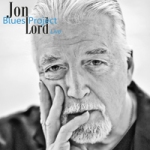 Click on the names to go to their individual websites.

Jon’s management has decided to release this track now dressed in a special photo gallery of images from the band’s short tour in Germany 2011. All photos kindly donated by Ritchie Herbert and Uli Schneider with video editing by Christer Lorichs.