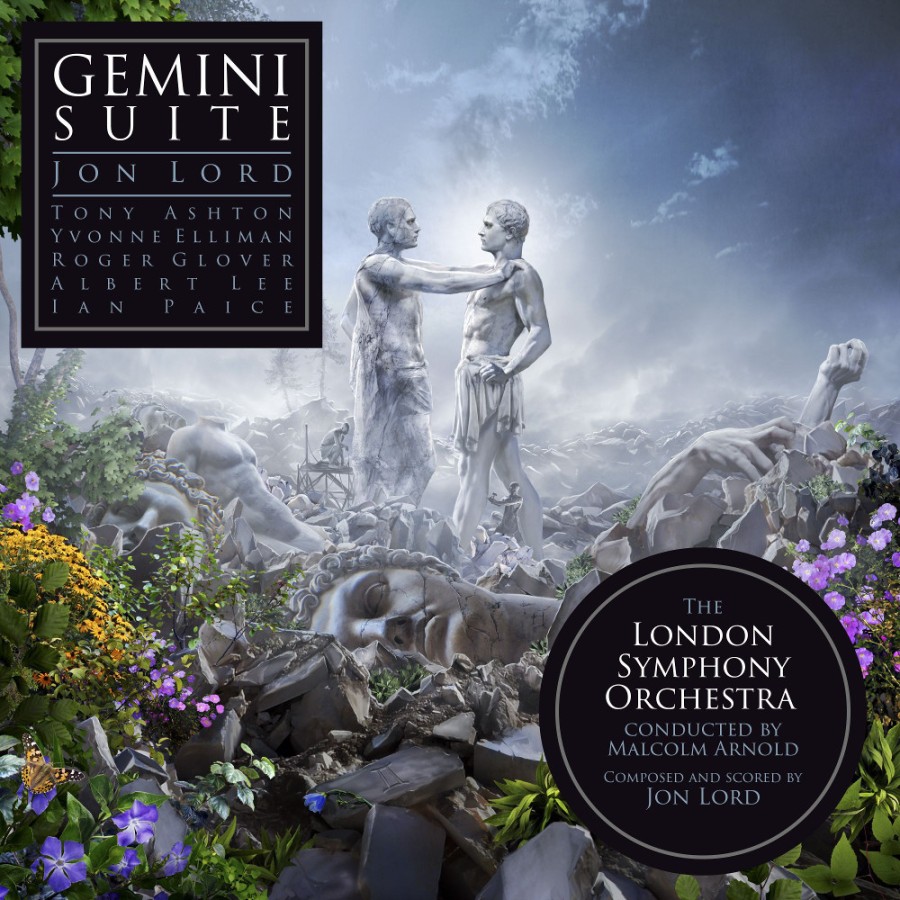 Jon Lord’s 1970 work Gemini Suite is scheduled for reissue on CD this December. Remastered from the original stereo mixes at Abbey Road, it marks the start of a new Jon Lord reissue series on earMUSIC.

Gemini Suite was first performed in September 1970 at London’s Royal Festival Hall with the rest of Deep Purple as soloists. The following year it was recorded at the Abbey Road and De Lane Lea studios as Jon Lord’s first solo project.

The six movement classic-rock fusion work was inspired by the members of Deep Purple and was commissioned by the BBC after Jon had created his initial orchestral work Concerto For Group And Orchestra together with Deep Purple in 1969.

Exclusive liner notes
The new artwork includes exclusive liner notes written by Roger Glover about the suite’s history, the live performance and the challenges of recording it in the studio. Furthermore, Glover writes about his friend and band mate Jon Lord and the perception of his fusion of rock and orchestral music and the barriers that were prevalent between these two alleged opposites at the time.

This 2016 reissue was remastered by Rob Cass from the original stereo mixes at Abbey Road and marks the start of a new Jon Lord reissue series with Windows (1974) and Sarabande (1976) following in 2017.

Originally released with several different cover artwork (see below), the 2016 reissue cover artwork (top of page) shows a new interpretation that was designed by Gyula Havancsák.