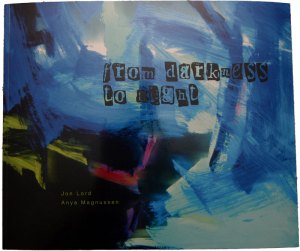 Jon’s orchestral choir piece From Darkness To Light will see two performances in Germany this year.

On November 13, From Darkness To Light will be performed in Nürnberg by the Lehrersangverein comprising upwards of 100 singers and the Nürnberg Symphoniker conducted by Bernd Dietrich. Another performance already took place on October 27.

The piece was previously performed in the UK and Norway. In July 2007 we reported from Trondheim:

“And then comes the concert’s main attraction, From Darkness to Light, a 25-minute piece for piano, strings and choir. It moves gently from silence to roar. One minute a foaming sea in slow motion, the next a hot summer afternoon in the country with the wind making waves in the crops. From Darkness to Light starts as a glimmer, a small spot of light, before it slowly grows, sprinkling more dots till it expands and flows onwards for close to half an hour.”

Jon will not perform at either of the concerts.

Read the flyer for the concert (pdf)