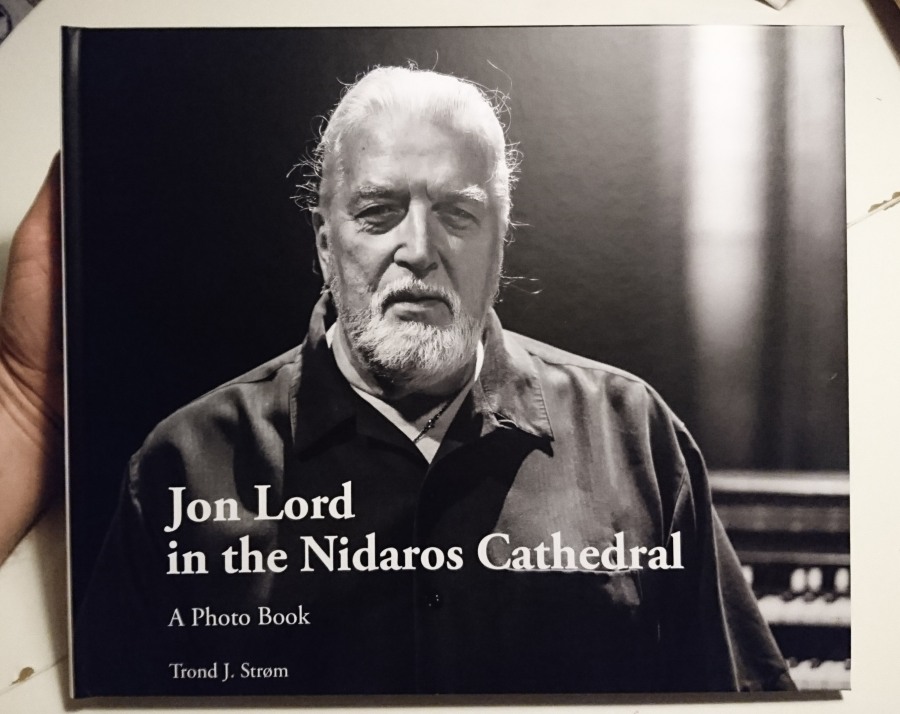 Photographer and life long Jon Lord and Deep Purple afficionado Trond J Strøm was given access to the final dress rehearsal for Jon Lord’s concert at Nidaros on May 23, 2010. He managed to capture that day’s rehearsals with atmospheric portraits of Jon, singers Steve Balsamo and Nathalie Lorichs and the orchestra and the backing band, which consisted of members from progressive rock band Opeth.

‘Experiencing Jon’s music at such close proximity under such private circumstances was astounding’, remembers Trond J Strøm today and mentions in particular hearing Child in Time performed for the one and only time ever with a large childrens choir. 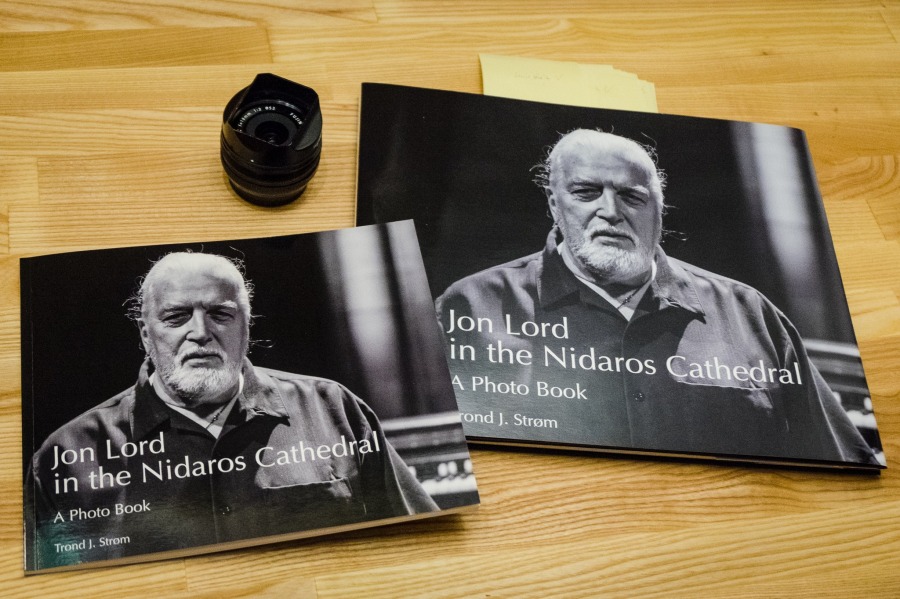 Throughout the 46-page large format book, Strøm has captioned the photos with his memories of the day. And once the rehearsal was over, he was happy to stand down and simply enjoy that evening’s concert from his seat in the audience.

‘Jon didn’t want any professional cameras making clicking noises during his performance, and I naturally respected this.’ 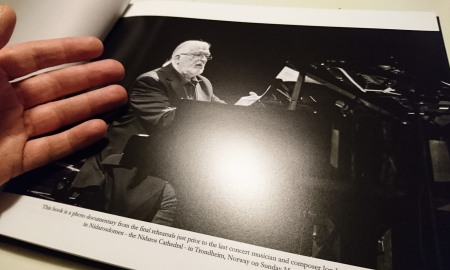 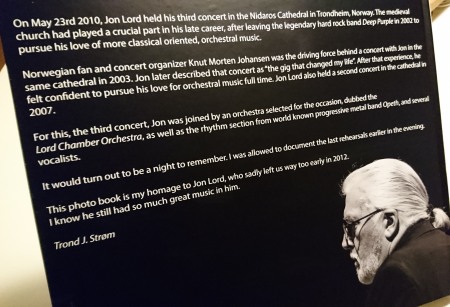 The book has been released as a publish-on-demand charity title through blurb.com, which means every copy is printed to order. All profits from the book will be donated to the Norwegian Cancer Society.

Jon Lord in Nidaros Cathedral 2010 comes in two different sizes, priced from US$43, and can be ordered from the book’s website.

Click for details on international deadlines for Christmas delivery.

This concert was filmed and can be viewed for free online at Trondheim Experiment.